My assumption is that some hot coals or a lit cigarette were in a city worker’s garbage bin, since they store them in the side shed after they do their rounds cleaning up the neighborhood. The other possibilities are a bit more nefarious, except for rats chewing through the wiring.

SFist has a little report:

KTVU has a better one:

ers have gained the upper hand on a two-alarm fire that burned at a former police station in San Francisco’s Dogpatch neighborhood Tuesday afternoon. 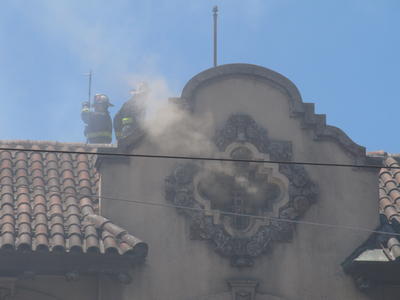 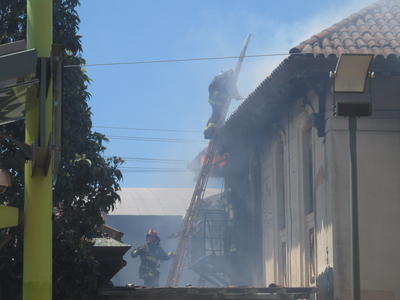 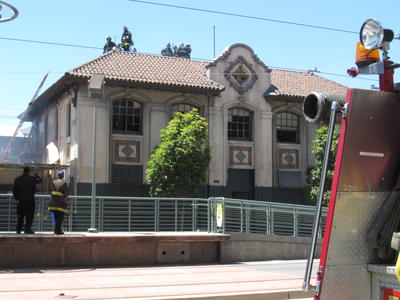 This was written by Jesse Mullan. Posted on Tuesday, May 22, 2012, at 6:00 pm. Filed under Dogpatch. Tagged Potrero Police Station. Bookmark the permalink. Follow comments here with the RSS feed. Post a comment or leave a trackback.