Contruction To Be Tall

It was only a few months ago that some polling company called me and asked how I, a San Francisco voter, felt about the Giants’ plans for new construction in Mission Bay. I replied with my usual cynicism, and ultimately, I have not been disappointed. Someone on the neighborhood forum* Nextdoor Dogpatch mentioned that the new construction proposed by the Giants for the former garbage dump** is going to have ten towers taller*** than 120 feet. Whoa. Three of those will be 240 feet!

That’s hard to picture, so I did a bit of rendering in Google Earth. 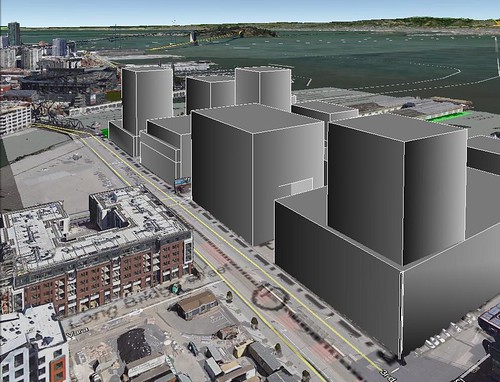 Really, though, those buildings aren’t that much taller than the two towers at Madrone: sixteen stories or about 160 feet. Sure, all the buildings in Mission Bay look and act like vertical suburbs: devoid of street life and better to drive past than walk to — but we can hardly revolt against more units being built that can only be afforded by absentee investor-owners, right? 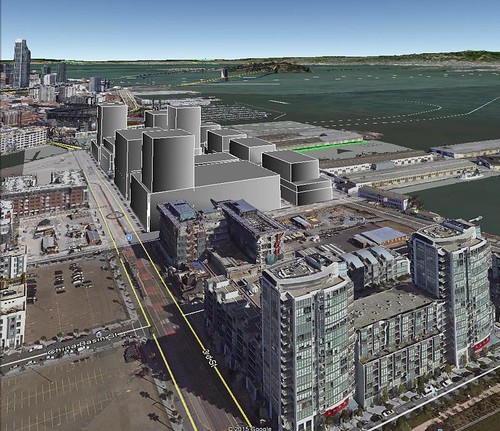 And when you compare it to The new Warriors Arena and Land Grab, it all looks pretty much in line. 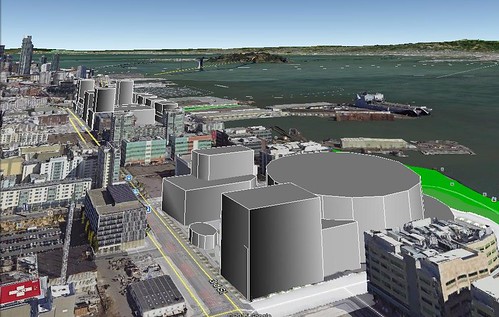 I am deeply saddened that the arena has been redesigned. I was looking forward to making toilet jokes for the rest of the facility’s life.

Just for funsies, I artist-rendered a bunch of Dogpatch construction: 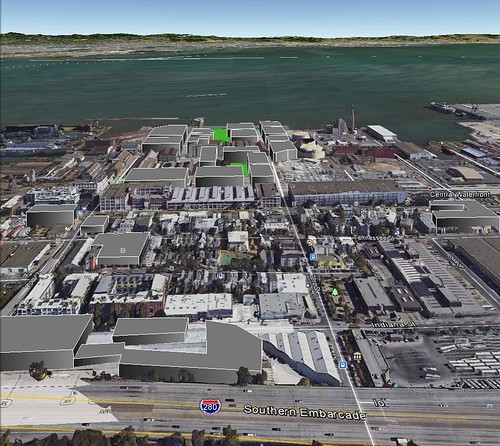 …and if you haven’t seen renderings of Pier 70, it might be surprising. 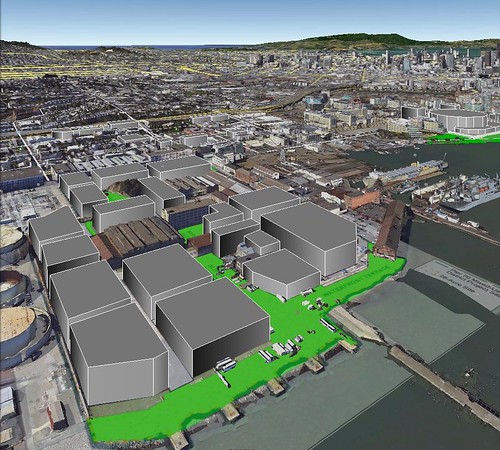 ** Technically, Dogpatch was also a dump.

This was written by Jesse Mullan. Posted on Sunday, May 24, 2015, at 10:00 am. Filed under Dogpatch. Bookmark the permalink. Follow comments here with the RSS feed. Post a comment or leave a trackback.